Once the campaign is live, you can view its stats by navigating to Push under Campaigns on the CleverTap dashboard and selecting the campaign of interest to view its deliveries, clicks, and conversions. 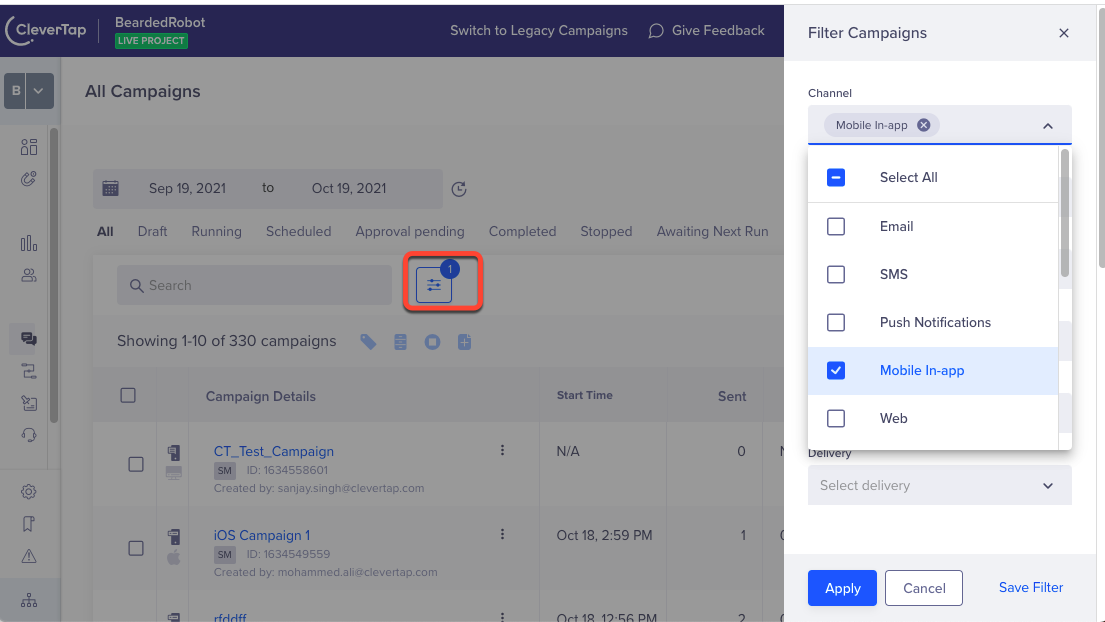 Under the Sent Conversions card, you can track the following stats for push notification campaigns:

The following is a stats example of a single message campaign stats report:

The following is a stats example of an A/B testing campaign stats report:

The table will display results by the variants. The stats include Sent, Viewed, Clicked, CTR, and Errors, according to the channel.

You can also split the campaign stats and view the performance of each variant of the campaign.

The impressions by the OS, such as iOS or Android and devices.