Campaign Approval is a security feature that provides increased control over who can send campaigns within your organization.

The Campaign Approval feature is only available for Enterprise customers.

Within your marketing team, you might have one person responsible for creating campaigns in CleverTap, and another who reviews and approves them before they can be published. The approver feature enables this workflow in CleverTap by requiring approval before a campaign is published. The campaign can be reviewed in the segment, time, and campaign copy.

As part of this feature, Approver, a new system role, has been introduced. Users in this role can approve campaigns created by users in the creator role. After enabling the Approver role for your account, a creator cannot publish a campaign unless the Approver approves it. 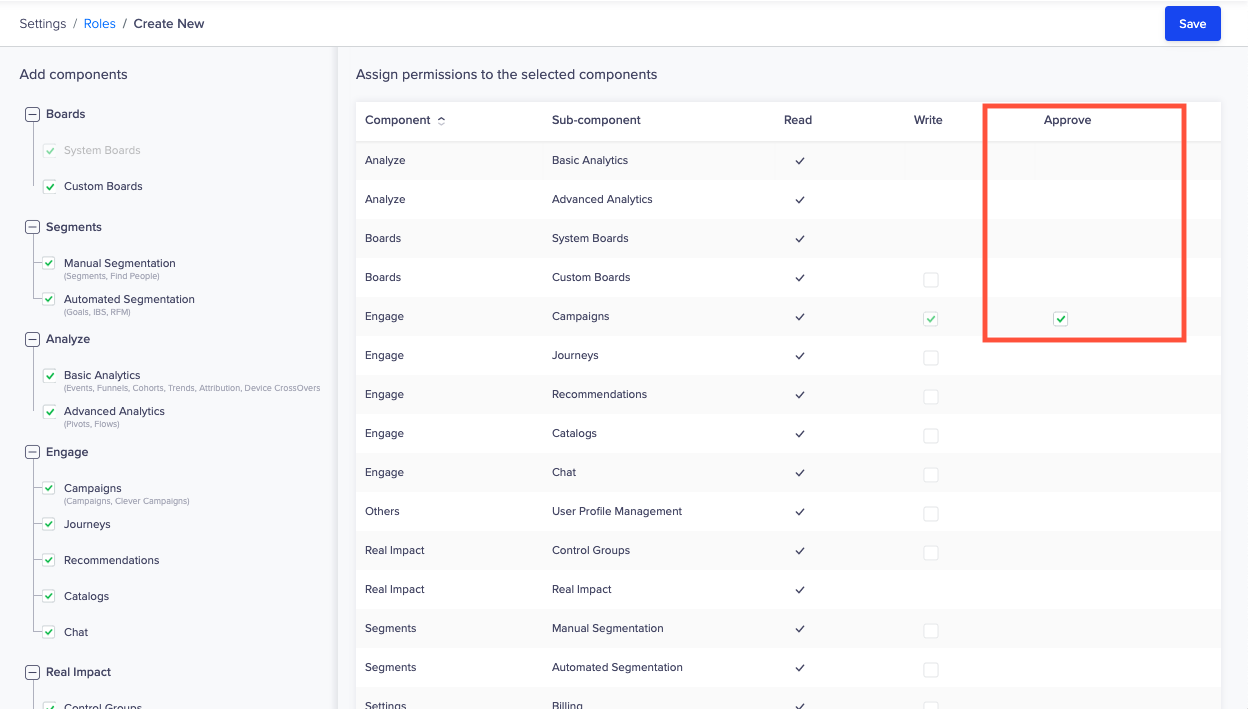 How to Enable/Disable Campaign Approval Feature

It is important to note that Admins are by default Approvers.

After enabling the Campaign Approver feature for your account, a new workflow is enabled to send campaigns. It involves the following steps:

If campaigns are pending approval, and you disable the Campaign Approval feature, then those campaigns are approved automatically.