You can track the status of your messages sent under the following heads: 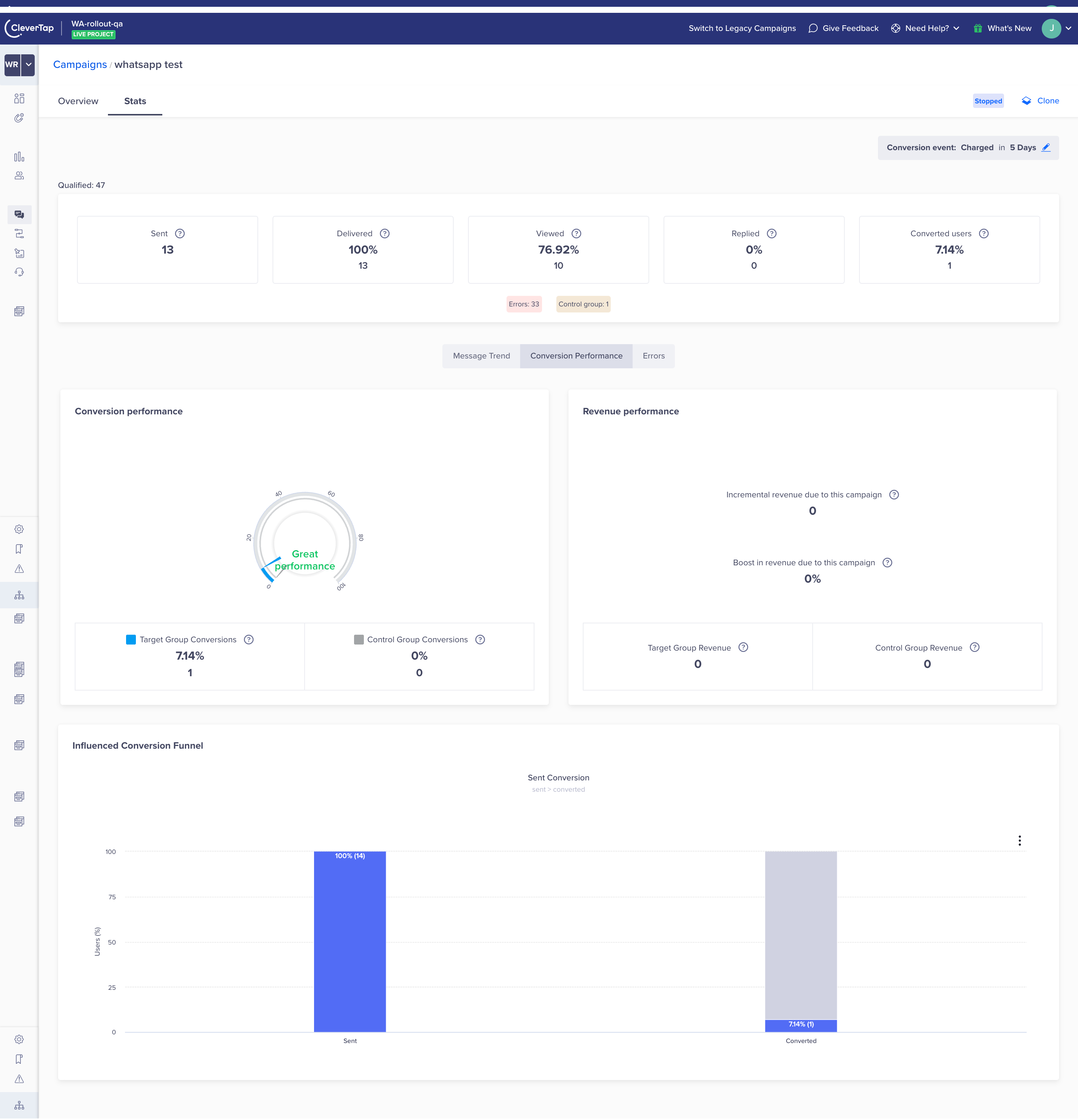 In the case of WhatsApp, CleverTap receives data points (like Sent, Delivered, Viewed, etc.) from Whatsapp as callbacks. However, WhatsApp does not support callbacks for Clicks. Therefore, the Notification Clicked event cannot be tracked and viewed under the Overall Stats tab.