You can use the Campaign Filters to find your campaigns. Once the campaign is live, you can view its stats by selecting an In-App campaign from the Campaigns page on the CleverTap dashboard. Click to view its deliveries, clicks, and conversions. 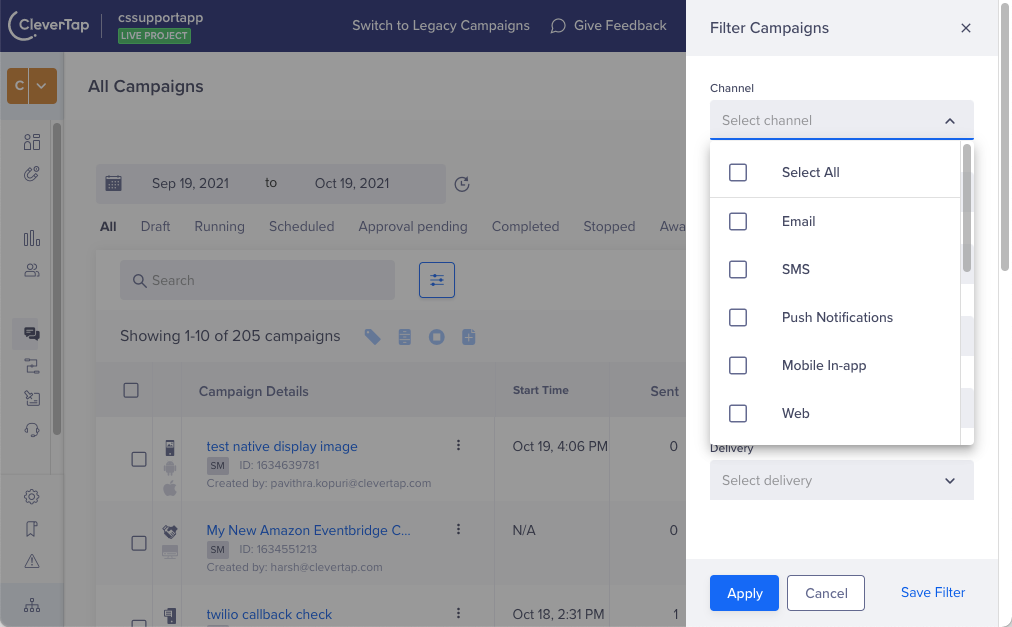 Revenue generated from the campaign. 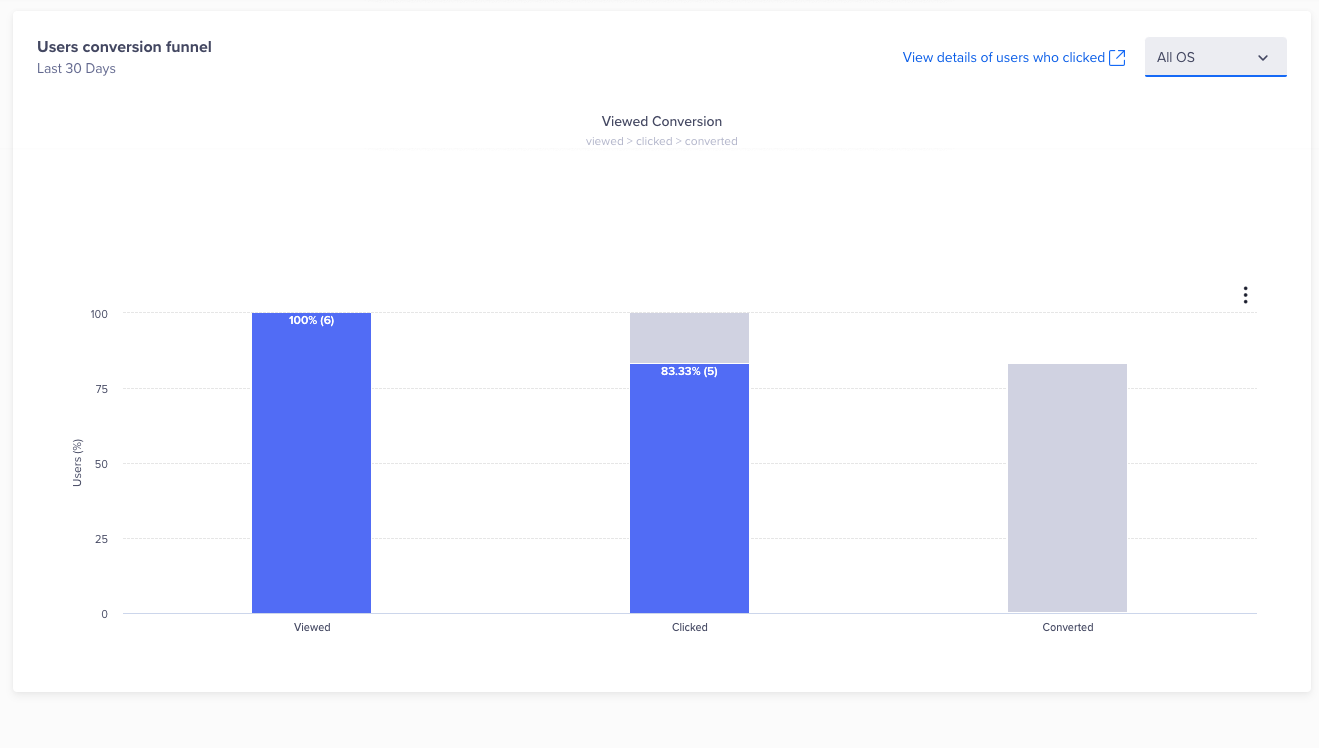 Click the View details of users who clicked linked on the Split of Clicks tab. The event analytics is displayed. Click the People tab to view user details.

Updated about 1 month ago